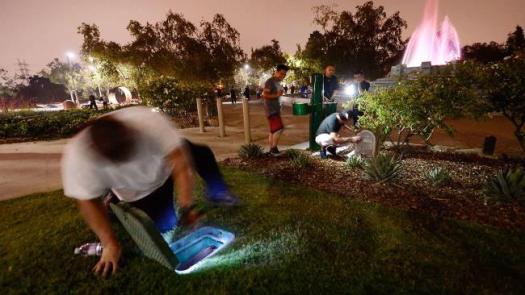 An anonymous cash donor who touched off a treasure hunt across San Francisco by hiding envelopes full of bills in unlikely places and providing clues via Twitter has moved operations to Los Angeles, sparking a frenzy with the first money drop.

The unknown donor made the deposit near a fountain in Griffith Park on Wednesday night, and local television showed throngs of people searching frantically for the hidden loot.

“What was originally meant to be a pay-it-forward scavenger hunt for San Francisco, has become much bigger than San Francisco and more than a scavenger hunt,” the mystery benefactor said in a message posted on his Twitter account, @HiddenCash.

The man, who had more than 330,000 Twitter followers by Friday morning, revealed little about his identity but wrote that he came up with the scheme while dining with a friend last week as a fun way to give back to the community

“There have been large crowds lately. Please walk and drive safely,” he wrote. “A young woman ran right in front of my car a few days ago. I will do my best to pick locations that are safe, but please use common sense and caution.”

The covert philanthropist said he had also been overwhelmed with emails asking for financial assistance since starting the game but could not respond and was instituting a “media blackout” for the next few weeks.

He began tweeting out clues to the latest drops on Friday morning.

The city of Coventry will host a celebration of all things car-related, including a 40th anniversary parade along its famous ring road, as it attempts to become England’s answer to Monaco.

Coventry MotoFest, which takes place from 30 May – 1 June 2014, is the venture of a group of petrolheads keen to show-off the city’s motoring heritage.

It’s more than just a car show, however. The city council has agreed to close part of the ring road while demonstrations of a variety of vehicles take place – from classic race cars to new automotive technology.

“Coventry has a rich motoring heritage and we want to showcase as much of that as possible.

“We want to see this festival grow year on year, and we’re delighted that Coventry City Council and Coventry University have partnered with us in promoting the city, its heritage and its future.”

Cars on display range from an ex-royal family Range Rover to a beige Austin Metro. There’ll even be a pop-up Ace Cafe, following a convoy of classic cars and bikes to the event from London.

Visitors will be able to enjoy live music outside the Coventry Transport Museum, where there’ll also be a bar selling a beer created solely for the event.

There’ll even be a film festival showing motoring classics from Chitty Chitty Bang Bang to The Italian Job.

Organisers are hoping that, if the event is a hit, it could return on an even bigger scale next year – with closing the entire ring road a possibility.

There’ll be something for everyone at Coventry MotoFest. However, volunteers are still urgently needed to make sure it goes ahead without a hitch.

To find out more, or to put your name down as a volunteer, visit the Coventry Moto Fest website. 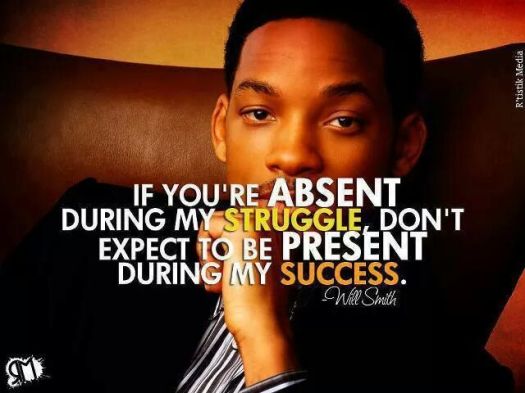 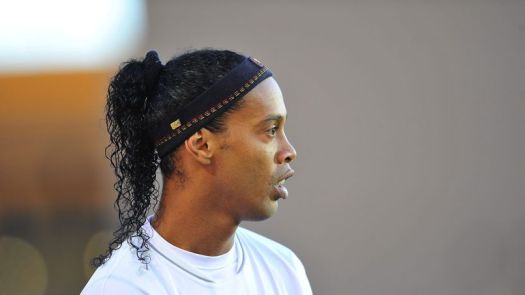 Looking for somewhere to stay in Rio de Janeiro during the World Cup? Ronaldinho can help — if you can afford $15,600 a night.

The 34-year-old former Brazil and Barcelona star has joined the ranks of his countrymen who are hoping to cash in on next month’s footballing extravaganza by renting out their homes to foreign visitors.

Ronaldinho took to Twitter to post an Airbnb advert for his seven-bedroom, six-bathroom mansion in the upmarket district of Barra da Tijuca.

“This is for those people who don’t believe I am renting my house,” Ronaldinho commented on his Twitter feed linking to the ad.

The property boasts a swimming pool, extensive gardens, a terrace, a children’s playhouse and a stage for musical performances. The home is being offered 34,350 reais a day, about $15,600 at current exchange rates. 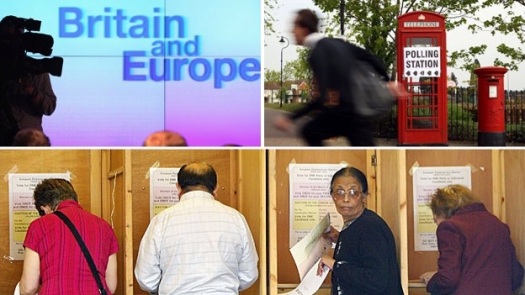 What’s happening on Thursday?
There are local council elections in England and Northern Ireland – but the big one this year is the European election on the same day. It is the only time outside of a general election when all 46 million voters can take part. The European Parliament is the only directly elected institution in the European Union. So this is your chance to decide who represents you in Brussels and Strasbourg (Yes, they still shuttle between the two parliament buildings at regular intervals).

How do I vote?
You can go to your nearest polling station on Thursday. It is normally a local school or community centre – the location will be on your polling card. You do not need to take the polling card with you in order to vote. A member of staff will give you a ballot paper with a list of candidates and parties on it. Put a cross in the box next to the ones you want to vote for. The deadline has passed for applying for a postal vote – if you did apply for one you can drop it off at the polling station. If you have a specific, long-term reason that you can’t vote in person, such as a disability or being overseas, you can apply to allow someone to vote for you on the Electoral Commission website. If you are suddenly incapacitated or taken ill, you can apply to vote by proxy for medical reasons up until 5pm on polling day. Polling stations are open between 7am and 10pm.

‘Selfie’ warning
The Electoral Commission is worried the current craze for smart phone self-portraits, as demonstrated above by the prime minister, will threaten the secrecy of the ballot. They have issued guidelines to staff at polling stations advising them to discourage the taking of “selfies”, or any other kind of photograph in the polling station. There may be notices on the wall warning people about it. Taking a photograph in a polling station is not a criminal offence in itself, but sharing of information that appears on a ballot paper, even before it has been filled in, could represent a breach of Section 66 of the Representation of the People’s Act 1983, leading to a fine of up to £5,000, or a six months jail sentence. It all depends on whether the photograph was shared with others and what is in it – but the Electoral Commission is not taking any chances. “Given the risk that someone taking a photo inside a polling station may be in breach of the law, whether intentionally or not, our advice is that you should not allow photos to be taken inside polling stations,” says the guidance to staff. Tweeting pictures of a postal ballot is also discouraged.

Why do the local elections matter?
They are a chance to decide who runs your local services – everything from refuse collection to pavement potholes and children’s services. The results can also send a signal to the parties at Westminster with a year to go before the next general election. There are elections in 161 councils in England and 11 in Northern Ireland.

Why do the European elections matter?
It is often ignored by the British media, but the European Parliament has a growing influence over our daily lives. It can not originate laws just revise or block legislation from the unelected European Commission, but it has more power than it used to, particularly in areas like consumer protection, the environment – such as the genetically modified crops German Greens are protesting against in the above picture. Nobody wins the European elections – there are no government and opposition benches like at Westminster. But the make-up of the new Parliament is likely to have a decisive influence on the future direction of the EU – particularly if, as expected, there is a large block of Eurosceptic MEPs. In the UK, the result can have a big impact on a party’s mood and their leader’s prospects ahead of the 2015 general election. Check out their election broadcasts to get a feel for how they are pitching it.

So how does the European voting system work, exactly?
Britain is one of eight countries – including Germany and France – to use a “closed list” system. So you vote for a party, rather than an individual. The parties themselves decide who goes on the candidate list for each of the 12 electoral regions. The ones at the top stand the best chance of being elected. The way seats are allocated within each European constituency uses the D’hondt system., which is a form of proportional representation.

What about Scotland, Wales and Northern Ireland?
In 2009 in Scotland the SNP got 29.1% of votes, Labour 20.8%, Conservatives 16.8%, Liberal Democrats 11.5%, Greens 7.2% and UKIP 5.2%. In Wales, the stage is set for a fascinating contest. In 2009, four parties shared the spoils – with one MEP each for Labour, the Conservatives, UKIP, and Plaid Cymru. Northern Ireland is very different to the rest of the UK when it comes to the Euros. MEPs are elected using the Single Transferable Vote system – there are no party lists and you vote for a candidate by order of preference rather than a party. Ten candidates are vying for three seats.

And the smaller parties?
English Democrat chairman Robin Tilbrook
Smaller parties love the European elections because since 1999 it has used proportional representation. This year’s crop of hopefuls include the English Democrats, which campaigns for English independence, and An Independence From Europe, founded by former UKIP MEP Mike Nattrass, both of which are running full slates of candidates. The Christian People’s Alliance, and No2EU, a left-wing Eurosceptic party founded by the late RMT leader Bob Crow, are the next two largest parties, by numbers of candidates. But 30 parties in all are contesting seats across the UK.

A big day in London
Every seat in all 32 London boroughs – more than 1,800 in total – is up for grabs on Thursday, 22 May. This has not happened since the day of the general election in 2010, when Labour bucked the national trend by getting 36.4% of the vote to the Conservatives 34.5%. Ed Miliband’s party lost to Boris Johnson in the 2012 mayoral contest. Mayoral elections are also taking place in Hackney, Lewisham, Newham, Tower Hamlets and Watford.

Photo fanatics will be chuffed to hear that Samsung’s Galaxy K Zoom cameraphone, which boasts a 20.7-megapixel camera with 10x optical zoom for up-close shots, will hit UK retailers and providers on June 1. Contracts should begin at £33 a month, a premium price for what appears to be a promising device.

Last year’s Samsung Galaxy S4 Zoom was a bitter disappointment, despite packing a similar 10x optical zoom, mostly because it was duff to use as a smartphone. However, the Galaxy K Zoom appears to be much slimmer than the old one, and packs some decent specs.

As well as the 20.7-megapixel snapper, you get a hexacore processor – that’s a quad-core for standard phone operation, and presumably a bonus dual-core chip to handle image processing. Great news, as the S4 Zoom was a little clunky at times. You also get full 4G connectivity for quickly uploading your snaps and video. 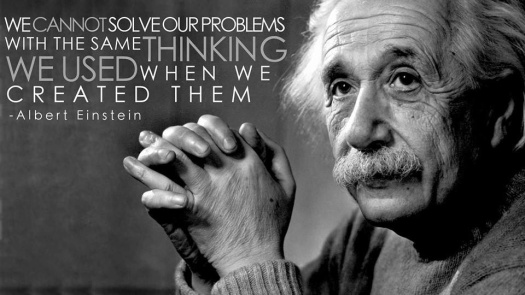 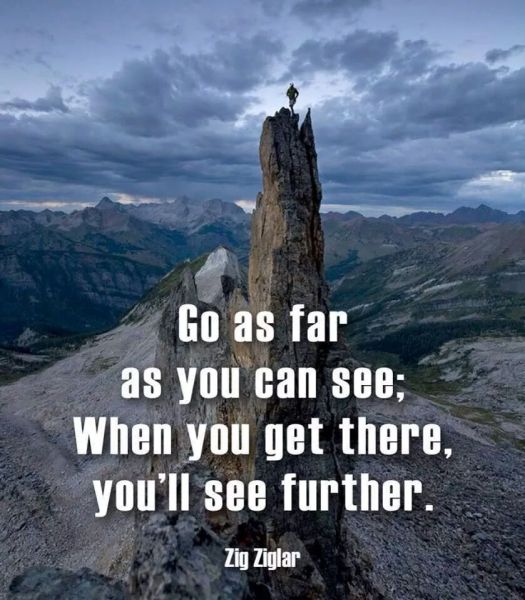