China is set to become home to the tallest, longest, and, arguably, scariest pedestrian bridge in the world, when construction of a glass-bottomed bridge is complete in the national park that inspired the floating mountains from the James Cameron film “Avatar.”

Designed by Tel Aviv-based architectural firm Haim Dotan Ltd., the bridge can accommodate up to 800 people and will feature the world’s highest bungee jump. Designers also envision the bridge as a dramatic catwalk for fashion shows.

Lead architect Haim Dotan said the design is meant to work seamlessly with nature, make the least impact on its surroundings and give visitors the sense of floating in mid-air.

Construction of the bridge will be complete in July and the official opening is set for October. 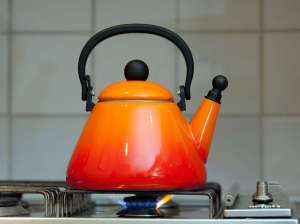 People across the country are complaining of a nasty taste in their tea as the mystery of “smelly water” from kettles continues.

One person writing on an online forum said a “horrible taste” persists in all drinks made with her new Breville kettle despite efforts to clean it with vinegar and bicarbonate of soda.

Another disgruntled tea drinker said she boiled water more than 20 times before the first use but still found a “plastic chemical taste”.

After receiving numerous complaints, the consumer magazine Which? launched an investigation earlier this month.

Their researchers tested the Russell Hobbs Ebony 15076 kettle after customers claimed it made their tea “undrinkable”.

The lab confirmed there was a problem with boiled water’s smell and taste but scientists could not find a cause and complaints have since poured in for more brands, including Phillips and Delonghi.

Some people told Which? they thought the use of plastic was causing the problems, while others put it down to chemicals in tap water or re-boiling stale water.

The magazine is asking people to boil water in a saucepan to see if it makes a difference.

Tim Wright, the managing director of Russell Hobbs, said the problems were an “isolated incident” but advised anyone experiencing bad-tasting water to call customer services.

He added: “We would like to reassure consumers that our primary concern is, as ever, for the safety of our consumers and that we have always taken our responsibilities as a manufacturer of high quality products extremely seriously.  10 best kettles

“All our products, including the Ebony kettle, are thoroughly tested by an independent testing laboratory and are all in line with EU regulations [including the] relevant standard for testing the suitability of materials that come into contact with food for sale within the European market.”

A spokesperson for Morphy Richards said they were aware of complaints and asked anyone experiencing problems to phone customer services.

Phillips said it had not directly received any complaints but would work with Which? to ensure any issues were resolved.

Breville and Delonghi did not respond to The Independent’s request for a comment. 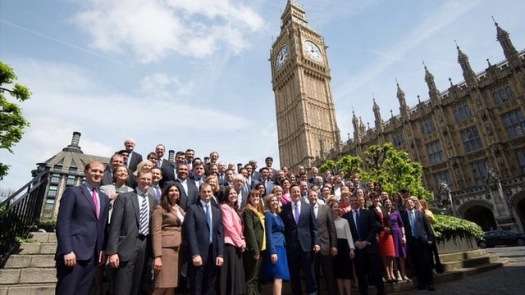 First Secretary of State and Chancellor of the Exchequer – George Osborne

Chancellor of the Duchy of Lancaster – Oliver Letwin

Leader of the House of Commons – Chris Grayling

Leader of the House of Lords – Baroness Stowell

Minister for the Cabinet Office and Paymaster General – Matthew Hancock

Other ministerial appointments are:

Apple has announced plans to open three specialist shops to sell its spangly new Apple Watch, based in London, Tokyo and Paris.

Apple is clearly super-confident in its new Watch, which opens for pre-orders on April 10th, as it’s just announced a trio of new stores dedicated entirely to the wearable.

The Apple Watch store here in the UK will be based in Selfridges on Oxford Street, right in the heart of London. The other branches will be found in the upmarket Galeries Lafayette in Paris’s 9th arrondissement, and Isetan in Tokyo’s Shinjuku district.

Apple has reportedly been seeking out staff from other retail stores to run the new ventures and the Cupertino company is expected to add more stores throughout Europe over the coming months, probably sooner rather than later if the Watch sells as well as expected.

The new shops will apparently be one hundred per cent dedicated to the Apple smartwatch, so customers with issues pertaining to any of Apple’s other products will directed to existing retail stores.

Apple’s space in Selfridges will be located next to the department store’s Wonder Room (which plays host to the likes of Chopard, Bremont and Gucci), which gives a very clear indicator of Apple’s lofty aspirations for its first smartwatch.

Customers wishing to take a gander at the new device in all of its guises, or indeed pre-order it, will be able to do so at an Apple store between the hours of 9:30am and 9pm, Monday to Saturday, or 11:30am and 6:15pm on a Sunday, starting on April 10th. The watch will go on sale to the general public on April 24th.

The device will start at £299 for the basic ‘sport edition’ and climb to an eye-watering £13k for the high-end rose gold model, which will only be available from selected retail stores.

Other bespoke watch makers have indicated that they will be offering custom editions of the Apple Watch too, though they will only be made available through independent stores.

The party won 331 seats, enough to form a government without a coalition partner.

The outcome defies months of polls forecasting a statistical dead heat between the two major parties — Conservative and Labour — with neither expected to win an outright majority, setting the stage for the country’s second coalition government in a row.

In a victory speech Friday outside 10 Downing Street, Cameron said the Conservative Party as a majority would be able to deliver all of its promises and pledged to hold a referendum on whether Britain should stay in the European Union.

The prime minister said: “ I want my party, and I hope a government I would like to lead, to reclaim a mantle that we should never have lost – the mantle of one nation, one United Kingdom.”

He paid tribute to Miliband and Clegg, and adopted a more emollient tone than in the wake of the Scottish referendum last September, saying he wanted to bring together the nations of the United Kingdom.

“I truly believe we’re on the brink of something special in our country,” Cameron said. Together, we can make Great Britain greater still.”

“I have always believed in governing with respect.” This was why, he said, he had offered devolution to Scotland, Wales and Northern Ireland. In Scotland his plan was “to create the strongest devolved government anywhere in the world with important powers over taxation”. Rather than dwelling on the rights of the English, he said: “No constitutional settlement will be complete if it did not also offer fairness to England.”

Cameron promised to rebalance the economic recovery and give the poorest people the chance of training for a job and hope for the future.

Following protocol, Cameron met privately Friday at Buckingham Palace with Queen Elizabeth II to agree to the formation of his Conservative government.

The final tally for the 650-seat House of Commons shows the Labour Party won 232 seats. Cameron’s current coalition partner, the Liberal Democrats, all but collapsed, winning only eight seats. It previously held 57 seats.

The pro-independence Scottish National Party surged to new heights, picking up 56 out of a possible 59 seats in Scotland. Only one Labour member of Parliament was elected in Scotland.

Overall, it was a disappointing election for Labour and the Liberal Democrats. Both parties saw high-profile members of Parliament lose their seats in the voting.

“This is not the speech I wanted to give today,” Labour Party leader Ed Miliband said at the start of a news conference Friday as he announced he was stepping down.

“Britain needs a strong Labour Party,” he added. “And now it’s time for someone else to lead this party.”

He said: “ I take absolute and total responsibility for the result and our defeat at this election.”

Liberal Democrat leader Nick Clegg, who narrowly avoided being unseated, also announced his resignation as party leader. He called it a “cruel and punishing night” for his party.

A third minority party leader — Nigel Farage of the U.K. Independence Party (UKIP) — said he was stepping down after failing to win a seat, losing to the Conservative Party candidate. UKIP — the anti-immigration, anti EU party — won just one seat. 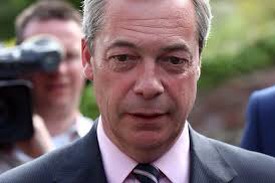 “I’m a man of my word,” Farage said Friday. He had previously promised to resign if he lost the race. Still, he also mentioned he would consider running for UKIP in the future.

British prime minister David Cameron has confirmed his Conservative party will form a new government following its election victory without a need of a coalition. 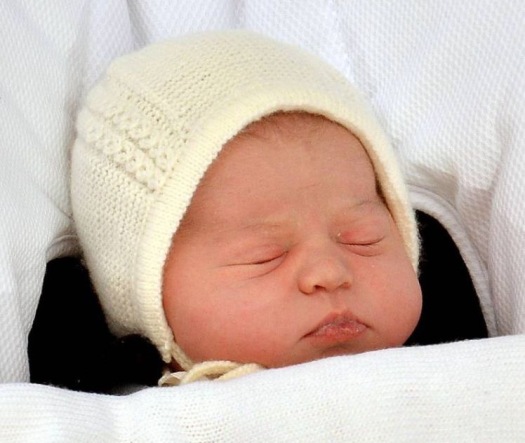 The fourth in line to the throne will be known as Her Royal Highness Princess Charlotte of Cambridge.

She was born on Saturday in the Lindo Wing of London’s St Mary’s Hospital weighing 8lbs 3oz (3.7kg).

The Queen and other senior royals were told of the baby’s name before the announcement was made public.

Only Ed Miliband offers a vision for a fairer Britain. His party deserves to form the next government

The gap between the richest and the rest was never wider, spectacular mergers produced giant companies that paid minimal taxes, and a democratic stalemate exposed the shortcomings of a political system creaking at the seams. No, not a retrospective look at 2015, but an account of late 19th-century America, a context that gave rise to the emergence of the radical new politics ushered in by Republican President Theodore “Teddy” Roosevelt.
In a country increasingly divided and impoverished, he brokered a different kind of relationship between government and the people. The state intervened in a rampant market – driven by rapacious oligarchs – that advantaged big business at the expense of ordinary working men and women. Roosevelt pledged to curb the power of business, support organised labour and spoke out in support of the “common welfare”, and “a square deal” for all. Heaven knows what the early 21st-century press in Britain would have made of Red Ted.

At the heart of Roosevelt’s vision was not economics, but morality. “We must act upon the motto of all for each and each for all,” Teddy Roosevelt said in 1905. “…We must treat each man on his worth and merits as a man. We must see that each is given a square deal, because he is entitled to no more and should receive no less.”